The Deepdreams algorithm takes a deep neural net trained for image-recognition and uses a forced-feedback loop to induce a kind of machine-pareidolia or hallucination, with beautiful and often nightmarish results: 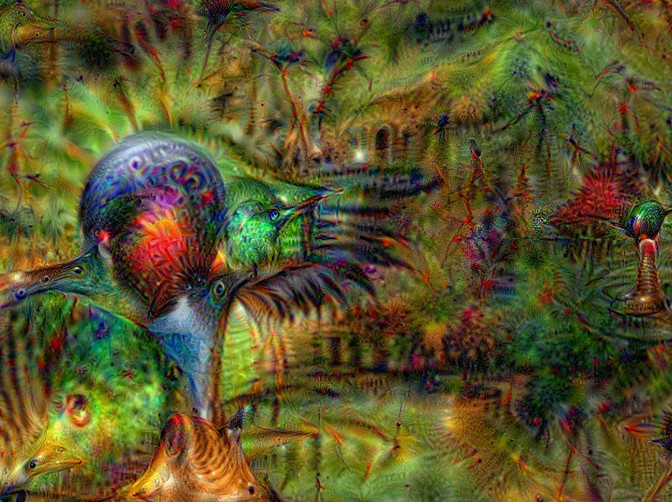 The original algorithm picks details from all of the neural net's training data, based on resemblances to the original image: the default neural net was trained on a database with more than ten percent dog breeds, which is why they have the nickname 'puppyslugs'. 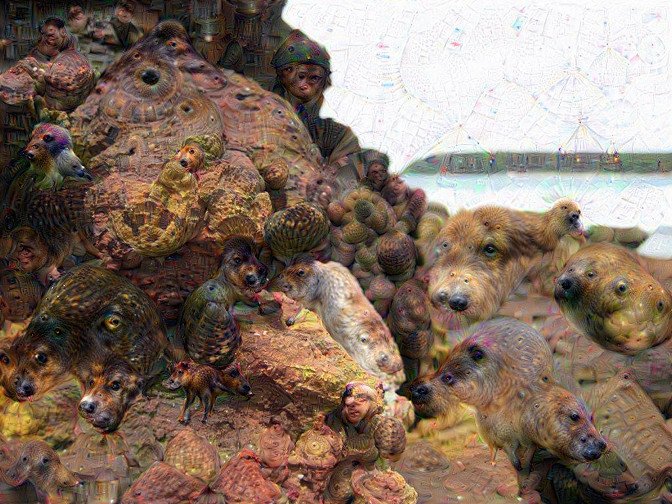 About a month ago, Audun Øygard posted some code which produces visualisation of a single class from the neural net's training data, starting out from random noise. The results are not as weird, but they have a kind of dreamlike beauty, and reveal fascinating details about which features of particular classes are salient.

I started tinkering with Audun's code a couple of weeks ago to see if it was possible to get a hybrid of the deepdreams and deepdraw approaches: to generate controlled hallucinations from a base image. Lucid deepdreams.

The original deepdreams code can be used to target one of many layers in the neural net: a sample of these can be found in my blog post. To focus on a specific image, Audun's code targets the neural net's 'loss layers': these compute the results of the image classification, so they can be used to define a target image class. While the rest of the layers can take input images of different sizes, it seems that the loss layers' image size is constrained to the size of the original training data, which was 224x224. Even at that low level, applying the deepdraw algorithm to base images provides some really nice effects.

It's also possible to target more than one class at a time. Sometimes this doesn't work, but it can generate lovely mutants, like this ostrich/nudibranch hybrid:

Audun's original code worked on larger images by applying the technique to randomly-selected 224x224 tiles, which can produce some interesting effects, but the hallucinations aren't very closely correlated with the base image: 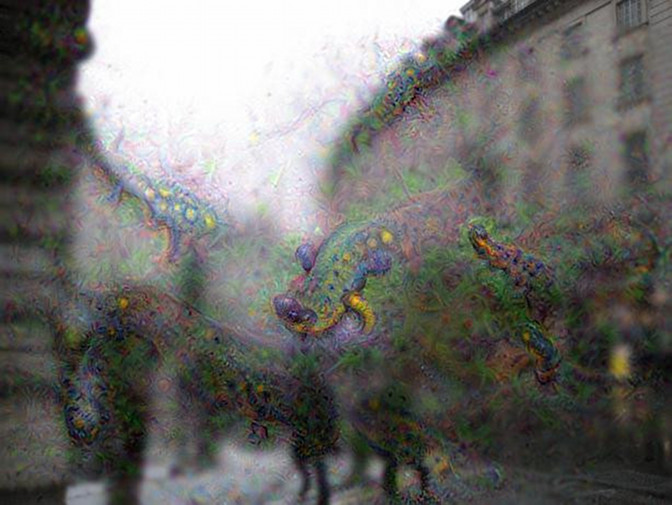 When I modifed the code to apply the loss layer to different image sizes without cropping, it crashed. My knowledge of how neural nets work is fairly sketchy, and tinkering with the pycaffe libraries just made it crash in different ways. So I resorted to a brute-force approach: if I couldn't change the deepdraw input size, I could apply it to all of the input image in 224x224 chunks. To try and stop the grid producing artefacts at the edges, I wrote some code which would pick out tiles in an overlapping spiral starting from the centre of the image. This is still producing some artefacts around the edges, but is otherwise quite effective: 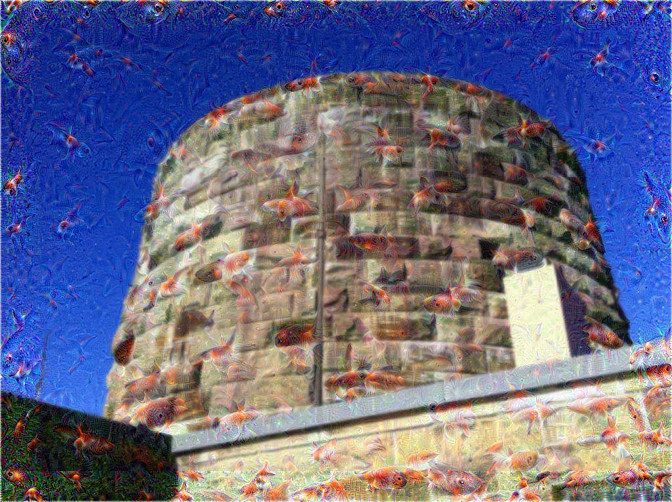 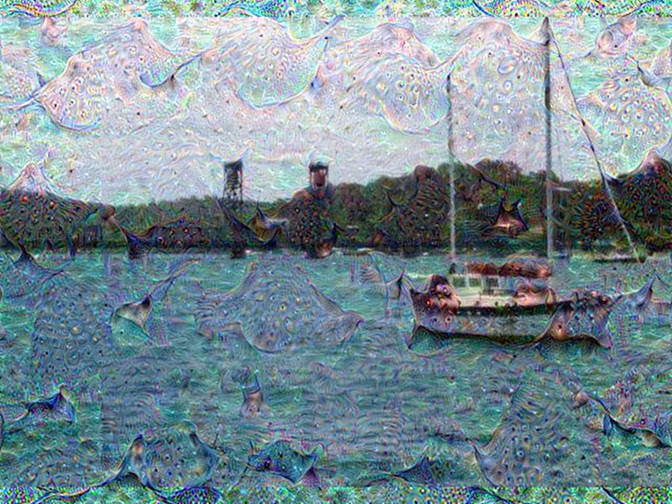 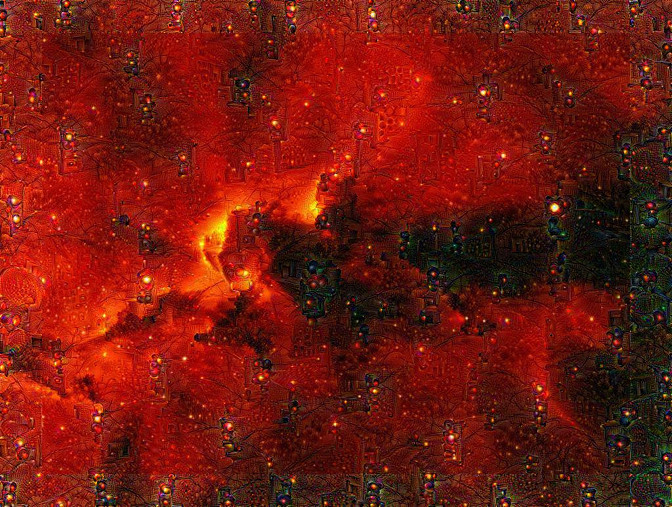 I've rolled this technique into my dream.py script, which is available on GitHub. I've also added a more detailed usage guide.

This is rough-and-ready: the original deepdream code, and Audun's deepdraw, do passes at different scales ("octaves") to pull out details at different levels, and I'd like to apply that to the lucid dreams. I also need to fix the edge artefacts. This version handles tiles which go outside the original image by padding the missing content with the average colour of the rest of the tile, but that's not working as well as expected.

The technique is a lot slower than ordinary deepdreams: each iteration of a 224x224 tile takes about as long as a 1024x768 deepdream, and I don't have a GPU, so I won't be generating any videos based on this very soon.

I need to learn how to do iPython for work, so I'll be releasing the next cut of this code as an interactive notebook. This whole exercise has been more useful to eResearch work than I expected: it's given me a lot of exposure to Caffe (the machine-learning platform) and NumPy.

Also, if you like the images here, I'm posting lots more on last-visible-dog.tumblr.com.