Anniversaries: from a Year in the Life of Gesine Cresspahl New York: NYRB Classics, 2018

Uwe Johnson (translated from the German by Damion Searls)

A novel which appeared in German in four volumes from 1970 to 1983, and which has only been fully translated into English in this NRYB Classics edition, and which I'd never heard of until I noticed it in a bookstore a while ago and got enthusiastic about because of the cover art and because NYRB Classics is my favourite publishing imprint, to the extent that when we went to New York in 2019, and I found that they were holding a 20th birthday event in Brooklyn, I got us tickets. I'd forgotten about it in the meantime, but my partner, who was with me in the bookstore, hadn't. 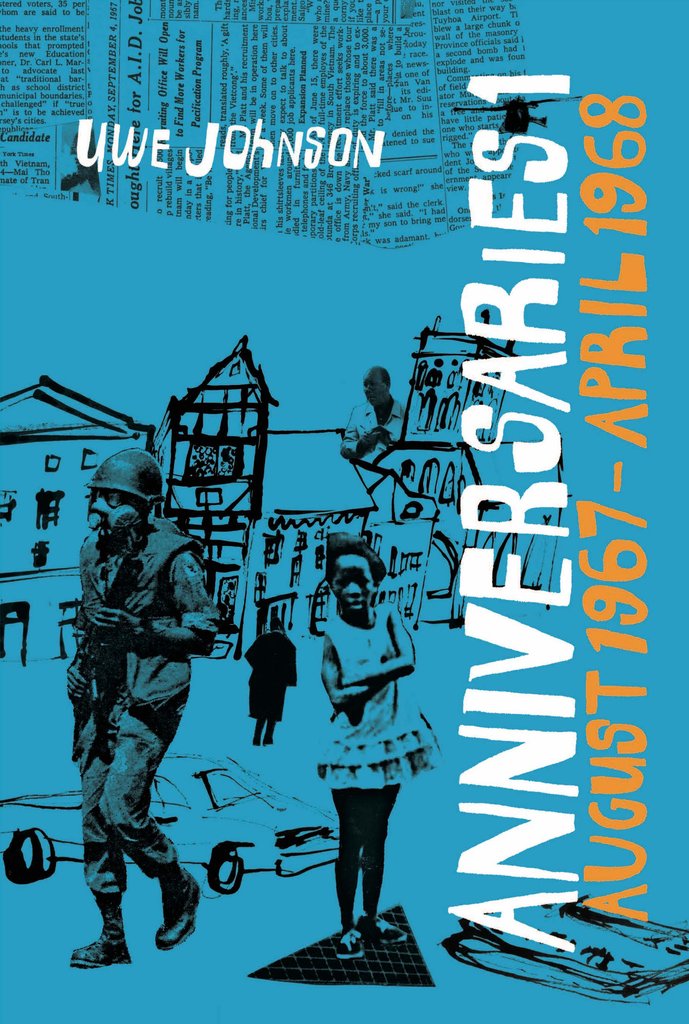 Gesine Cresspahl is a refugee from East Germany living on the Upper West Side of New York with her daughter Marie. She is devoted, in a wry and not uncritical way, to the New York Times, and the book's structure follows a year in her and her daughter's life, from August 1967 to August 1968, with one chapter per day, usually, but not always, introduced with items from the Times. Interwoven with their everday life and the movement of politics and the city in the 60s, Gesine tells her story, and that of her family, to Marie. The small town of Jerichow, which ended up just on the eastern side of the border of partitioned Germany after the end of the war, becomes extraordinarily vivid: one feels as if Johnson has mapped every street and house and character. A few of the reviews I've read compare this quality of his writing to that of Faulkners, whom he translated into German. I've never read Faulkner but I think that I will now.

It's difficult to write about how this book deals with history without seeming glib. I've written and rewritten a couple of sentences about how it describes the rise to power of the Nazis, the partition of Germany, the Soviet occupation and life under the German Democratic Republic which made me feel uneasy. As if I were tempted to equate the weightiness of the historical events with the effort of reading the book, when that's not at all how it feels to read it. Some of its pages are among the most moving I've ever read, and others are so entertaining that I've wanted to read them out loud to people.