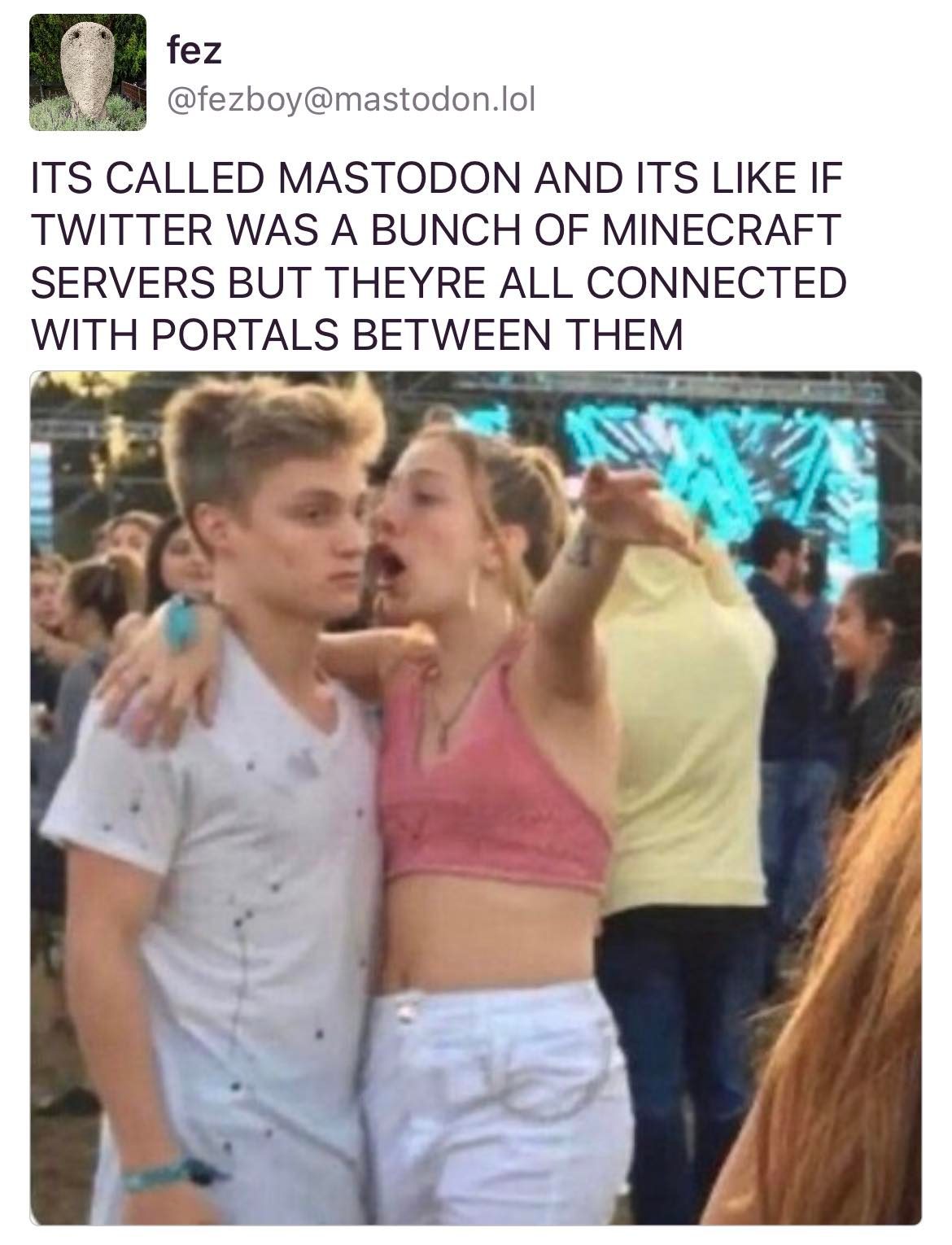 It's been good to see people from Twitter coming onto the Fediverse, or reviving the accounts which they started in 2018, but I'm also getting worn out. Though not nearly as worn out as the admins and moderators, who have been doing an amazing job.

Hugh's essay captures a lot of how I feel about it. I have never been a fan of the "Eternal September" phrase, I feel it's a bit of an old-timer's shibboleth and that it posits a primordial state of the Internet, before the hoi polloi arrived, which never actually existed. Surprisingly, for someone of my age and nerdiness, I was never very social on the Internet before Twitter. In the 90s I made a bit of a fool of myself on various mailing lists and lurked on Usenet, but that's about it, and so I don't feel honest claiming to be part of some kind of online old-guard.

Another problem with the Eternal September model is that it ignores how addictive Twitter is: the crowds who showed up on the Internet in the early 90s weren't using it as an alternative to an existing platform. Anyone on Twitter is getting something out of it which Mastodon simply can't provide: it's nowhere near big enough and doesn't have that compelling quality of being a global outrage and joke factory. Earlier influxes have all drifted back to Twitter, and what's happening now might be better described as Dry July, a spell of abstention which might shake some people out of their addiction but which will be temporary for most.

Although, as a friend pointed out, in a month there might not be a Twitter to go back to. I stopped using Twitter regularly around 2018 because I realised that I was using it compulsively, and that this compulsion was making me miserable, but the thing which made me delete my account in 2020 was the mass account hijacking. The lockdown was giving me strong urges to get back on it so I was removing a source of temptation, but mostly it was because I felt that this was a company which I didn't trust anymore, and the only thing to do in such circumstances is to walk away.

(One of the things that's making me feel worn out now is that I'm following the Fediverse with the same compulsive energy I used to have with Twitter; which may mean that I'm wrong about it not being an adequate psychological replacement.)

Journalists and academics have become dependent on Twitter in ways which are professional as well as psychological. I feel some sympathy for their current confusion, but it's tempered with the feeling that long before Musk's takeover, Twitter was evidently not an organisation we could rely on. Someone once quipped that a journalist works harder than any lazy person in the world: with similar unkindness, I've noticed that journalists can be the most naïve cynical people you've ever met, and they probably got a lot more respect before we were able to watch them doing this in real time on social media.

Again, the Fediverse is not going to provide a single channel for engagement to replace what it was giving these professions: talk of setting up institutional instances is evoking memories of Usenet, and is unlikely to scale for the same reasons that made people turn off their news servers. Dedicated instances for journalists are likely to be defederated with extreme prejudice, and rightly so.

The situation is really uncertain, and it's interesting that at such times, a certain kind of guy starts making extremely definite pronouncements on what's going to happen. It's a good opportunity to notice who those guys are so that you can ignore them.

I've been trying to cope with this by moving to a quieter instance although I'm still keeping my aus.social account.