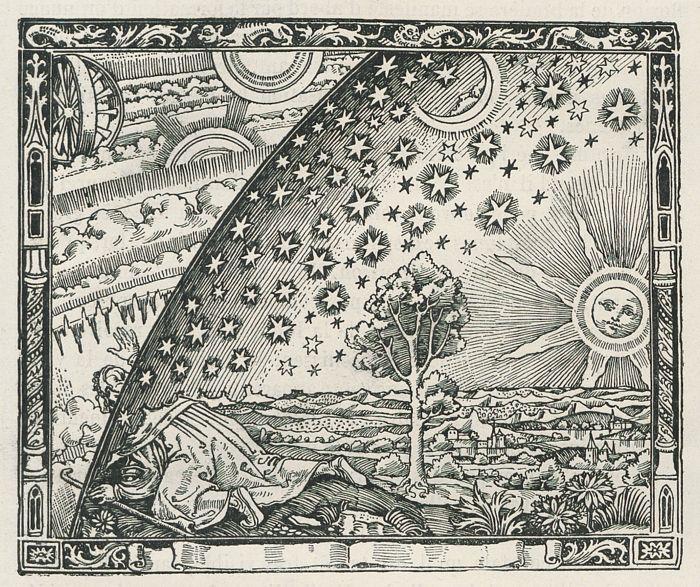 When I was very young, perhaps four or five, I can remember imagining that the world was a flat slab of rock, and that the sky was a hemispherical dome suspended over it, and which somehow always managed to be centered on our car as it drove over the flat Earth. Because of this, I've always liked the above engraving, from Camille Flammarion's L’atmosphère: météorologie populaire (1888).

I had to cut back on my Mastodon usage this week because I was starting to use it the way I used to use Twitter. Rather than dwelling on the spectacular collapse of one platform, it's worth thinking of what's happening to the rest of the tech giants.

It feels like something's shifted, that the long boom in which these companies could throw unlimited resources at keeping their global publication platforms running is coming to an end. Twitter's implosion is spectacular and unnecessary, but I can imagine that the cuts at Facebook will also have effects on its reliability and usefulness.

With the exception of Google and Apple, none of the tech giants got where they are because they were good at technology: rather, they had to become good at keeping websites running to keep up with their explosive initial growth. This has had a perverse effect on the entire sector - generations of programmers have grown up using frameworks which the big companies have invented to solve problems which very few other organisations actually have.