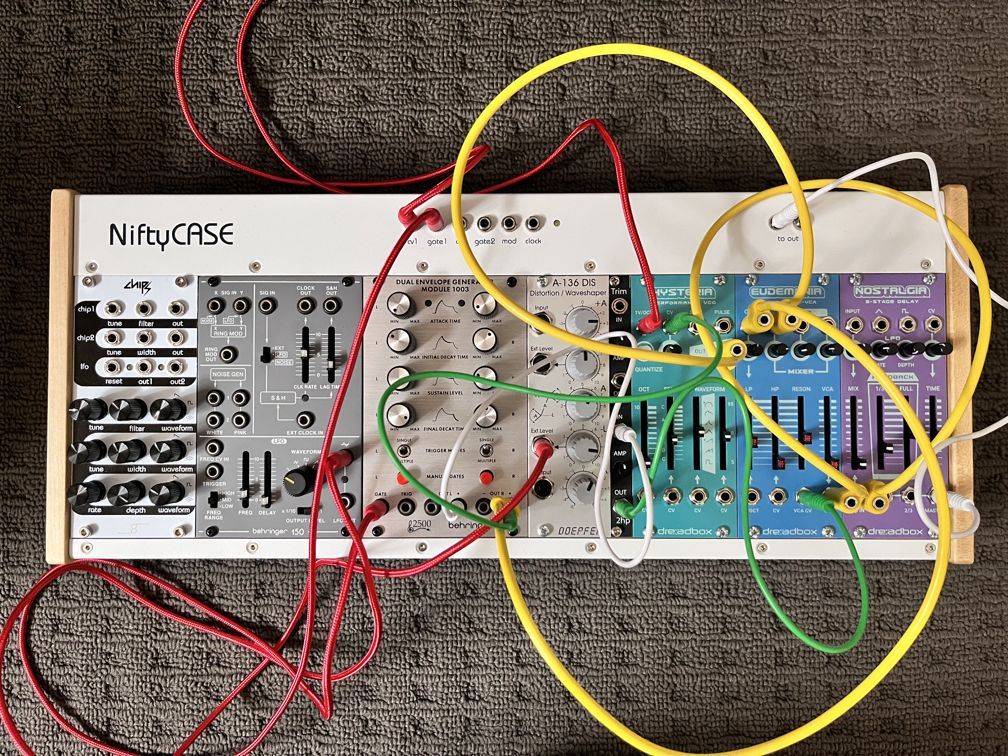 I am doing Looptober again this year. Last year I used it as an opportunity to clean up my SuperCollider toolkit. This year I've been trying to use the modular synths as much as possible but I'm still at the stage where getting started takes fifteen minutes of faffing around - hopefully by the end of the month things will be more streamlined. Last year I was putting the tracks on SoundCloud but I maxed out my storage there and I don't fancy paying for a pro account - I'm thinking of setting up a FunkWhale instance for music but that won't happen this month. A slightly tidied-up version of last year's efforts is on my Bandcamp.